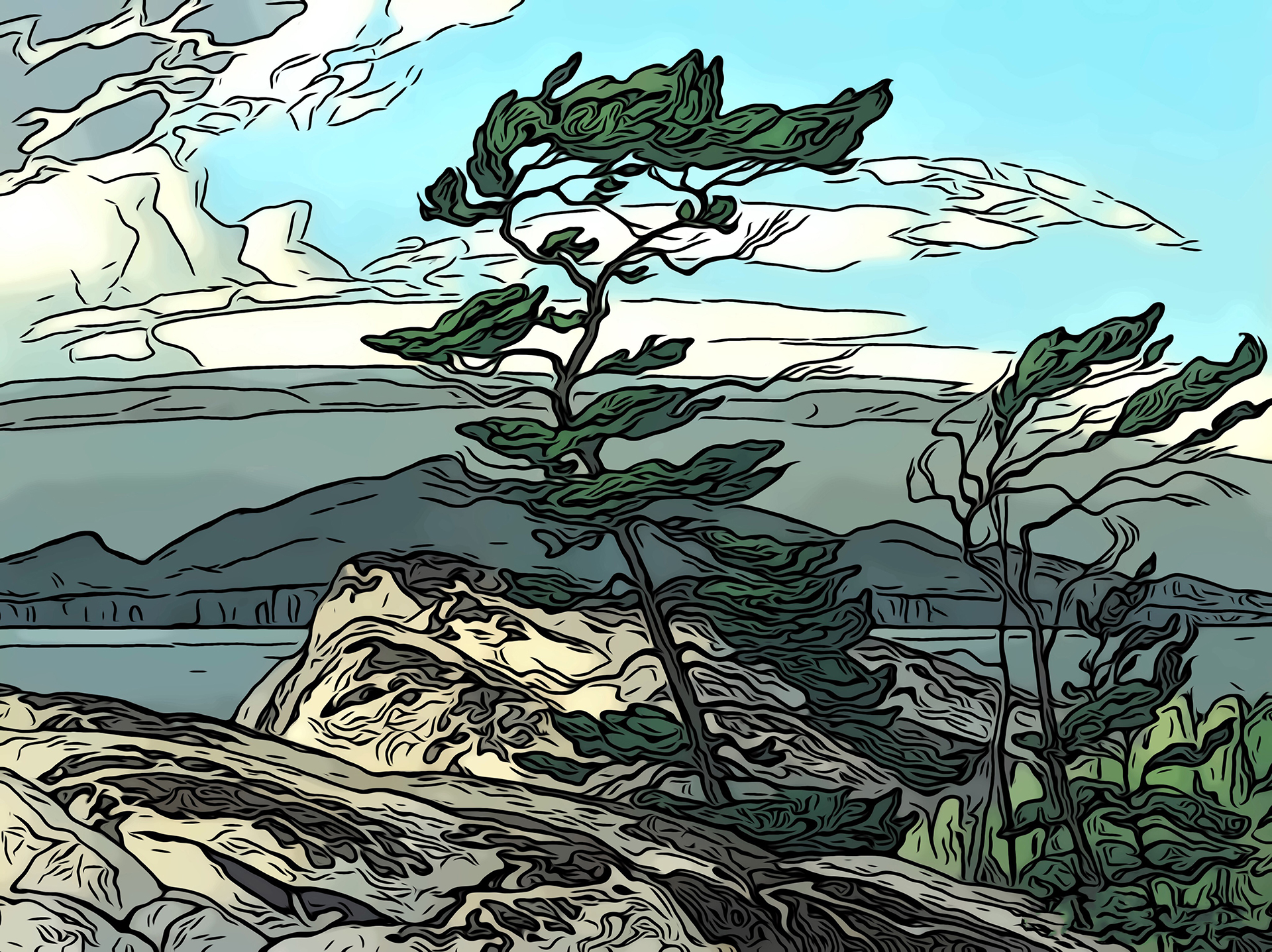 The Algonquin Art Centre is a world-class art gallery that showcases some of Canada’s foremost wilderness and wildlife artists. Located in one of Canada’s most beautiful provincial parks, the AAC is built upon a long tradition of artists in Algonquin Park from Tom Thomson to Michael Dumas.

May 7, 1920, in the Gallery of Toronto, (Now the Art Gallery of Ontario) exhibited a group of artists that called themselves the Group of Seven. Commonly know as the Algonquin School, their brightly coloured paintings created a unique Canadian Landscape style. The founding members of the Group of Seven are: A.Y. Jackson, Lawren Harris, J.E.H. MacDonald, Arthur Lismer, Franz Johnston, Frederick Varley, and Franklin Carmichael. The group was later joined by A.J. Casson, Edwin Holgate and L.L. FitzGerald. Tom Thomson, David Milne and Emily Carr are also associated with the group.

Most Recent Projects
PAGES
GET IN TOUCH